Kilian Jornet stepped out from his comfort zone of the mountains and onto the long distance on track for the first time yesterday, where he tried to complete the 24h on track. Unfortunately, the onset of sharp chest pains and dizziness forced Jornet to withdraw from the project he has been targeting for nearly a year after running 134.8 kilometers in 10 hours and 20 minutes.

Jornet set a torrid pace through the early stages of the Phantasm 24-hour running challenge at a quiet track in Måndalen, Norway near his home. With temperatures hovering around the freezing mark, Jornet and five other long distance runners came together to try to complete the 24h challenge.

The day started well and Kilian was feeling well and in pace. when things went sideways. Halfway through his 338th lap around the track, Jornet suddenly stopped and was quickly attended to by race officials and medical personnel.

“I was feeling pretty good, with the normal ups-and-downs of a long race like this,” Jornet said. “My body felt good, my legs felt good and then, suddenly, I felt two intense pains in my chest and started to get very dizzy and very exhausted. The medical people came to me and checked me out, and said it was best to go to the hospital.”

Just like that, Jornet’s night was over much sooner than he intended.

“In the hospital they ran a number of tests to try to determine what it was,” Jornet explained on Saturday after being released from the hospital. “They don’t seem to think it is anything too serious.”

Kilian Jornet had been training for nearly a year for this project. He proposed it to his sponsors after completing 24h on ski mountaineering. Bad weather, injuries and the Covid-19 pandemic have been major game changers on this project.

“Of course it was cold and the runners had to wear more clothes, but I prefer that over running when it is very hot,” Jornet said. “I think logistically it was more of a challenge for the organizers who had to put salt down on the track. I had planned to do the project five or six weeks earlier, but had some injuries and then bad weather that pushed it further back. And with COVID going on it would have been very hard to move the race.”

The race included only athletes living in Norway due to COVID-related precautions. In addition to Jornet, five Norwegians, all with top ultra-distance pedigree, took to the starting line at 11 a.m. Friday morning. Harald Bjerke, Jo Inge Norum, Simen Holvik, Didrik Hermansosn y Sebastian Conrad Hakansson accepted Kilian’s invitation and attended the event, each one with a different goal in mind. Three of the six starters managed to complete the entire 24 hours, but all five Norwegians lived up to their Viking reputations.

Back at home, Kilian gave a last thought around the project: “I wish it went differently, but it’s still fun to explore different things and new projects. So I want to thank Salomon and Suunto for supporting the project and the athletes who joined me, but especially everyone who helped organize the event, from the track volunteers to the community in Måndalen and the people at the track club. Maybe we'll meet again soon!” 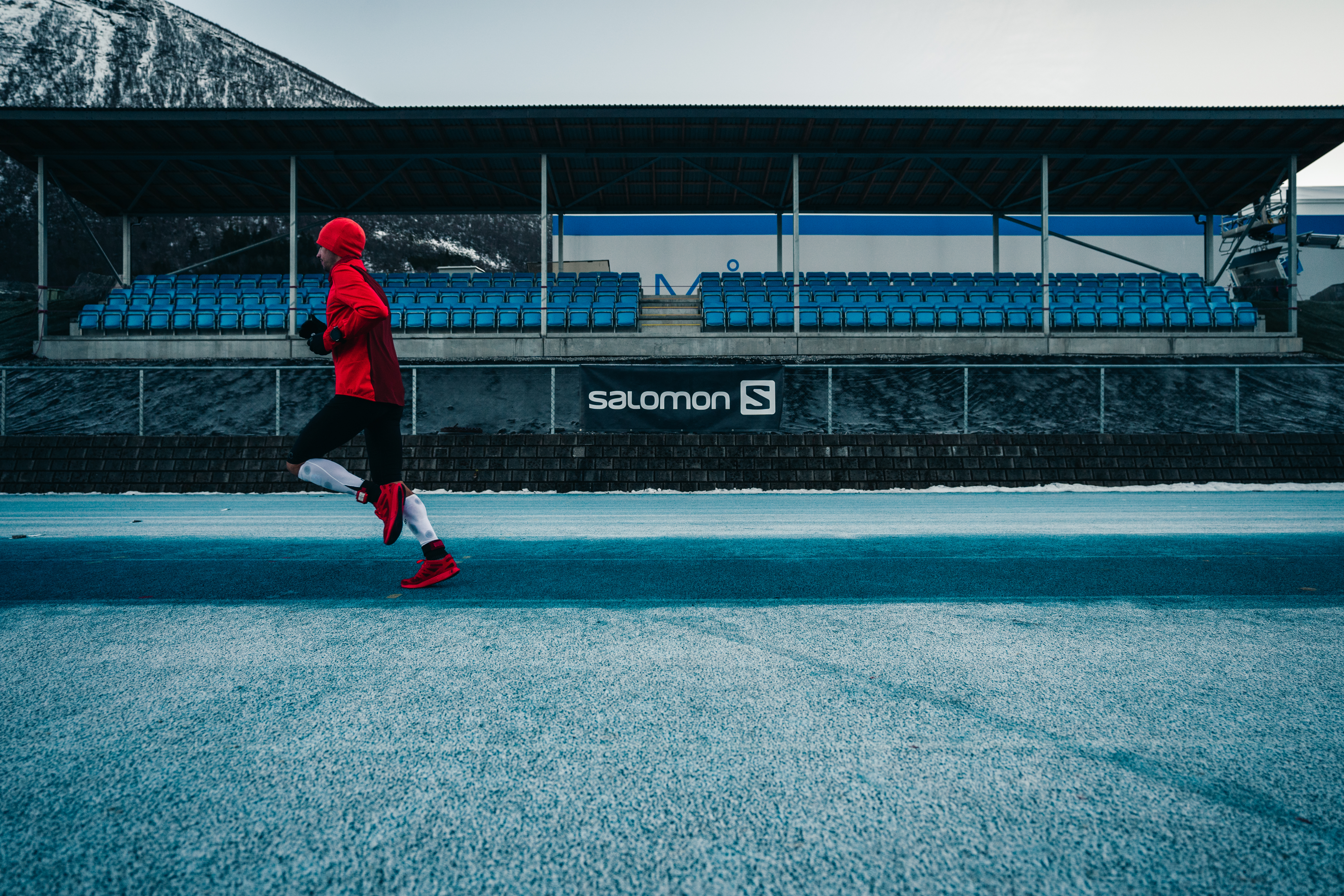